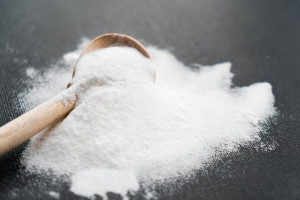 Most people know that keeping track of sodium intake is part of a heart healthy lifestyle. However, not everyone knows how much sodium they should be consuming or, more importantly, how much sodium they actually are consuming. Salt is one of the most common food seasonings used in the Unites States and throughout the world. It is made up of 40% sodium and 60% chloride. Salt is in nearly everything anyone consumes and the sodium inside of it can be dangerous when too much is consumed.
How much salt should people consume
The United States Department of Agriculture (USDA) recommends that American adults consume less than 2,300 milligrams of sodium per day. However, The American Heart Association (AHA) suggests that the ideal limit is only 1,500 milligrams per day. On average, Americans consume over 3,400 milligrams of sodium every day. That is over fifty percent more than they should eat.
Over two thirds of the sodium that Americans eat actually comes from processed, prepackaged or restaurant foods, not from adding salt at the dinner table. Lunch meats, canned meat, fish and poultry, ham, bacon, frozen meals, peanut butter, chips, crackers, pretzels, breads and rolls, pizzas and pastas, and processed cheeses are all high in sodium.
Sodium and heart health
Higher sodium causes higher blood pressure – When a person consumes too much salt, it raises the amount of water stored in the body and the blood vessels. The extra water makes the heart work harder which increases blood pressure. Essentially, the more sodium in the blood, the higher the blood pressure. Higher blood pressure will add greater stress on the heart as well as arteries, brain and the kidneys. The added strain can lead to heart attacks, strokes, stomach cancer, osteoporosis, headaches, kidney disease and dementia, especially in those over 65 years old.
Benefits of eating only the recommended amount of sodium
• Lowered blood pressure – According to an estimate from the American Heart Association if the U.S. population reduced the average sodium intake to under 1,500 milligrams per day that it could result in a 25.6 % overall decrease in blood pressure.
• Save money – Eating the recommended amount of sodium could save Americans an estimated $26.2 billion dollars each year in health care savings.
• Reduce risk of death from cardiovascular disease – Decreasing sodium to under 1,500 mg/day could also decrease the amount of deaths from cardiovascular disease by anywhere from 500,000 to 1.2 million over a 10-year period.
How to lower sodium intake
• Reading nutrition labels – Many people do not realize how much sodium is in the food they are eating. Studying the nutrition labels can help individuals make informed decisions about their food choices.
• Eat less – Reducing overall portion size will also reduce overall sodium intake.
• Cook more meals – Processed foods, restaurant foods and prepackaged foods all contain vast amounts of sodium. Preparing their own meals allows individuals to control exactly how much sodium is in them.
• Buy fresh foods – Purchasing fresh vegetables, fruits and meats eliminates the extra salt that is used for preservation.
• Use spices – Adding spices can add flavor without adding sodium. Consider trying black pepper, garlic, onion powder, oregano, rosemary, ginger, cilantro, nutmeg, dill, dry mustard, coriander, cumin thyme, or other popular spices.
• Rinse canned foods – Canned vegetables and tuna always contain added salt as a preservative. Choose vegetables with less sodium or rinse them off with water before preparing to remove some of the extra sodium.
The Food and Nutrition Department of OakBend Medical Center features Clinical Dietitians that can help you work to lower the amount of sodium you eat each day. Their registered dietitians will provide a specialized diet plan with recipes and recommended steps to help you reach your nutrition goals and lower your sodium intake. To schedule an outpatient appointment at one of their three Houston area locations or to register for one of their free diabetes support group sessions please call 281-633-4022 today.