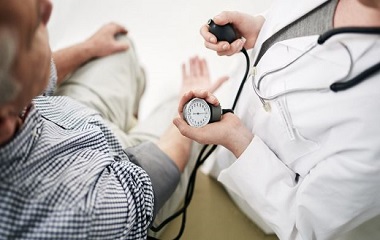 Each year about 800,000 people experience a new or recurrent stroke, which is the nation’s fifth leading cause of death. On average, someone suffers a stroke every 40 seconds and someone dies of a stroke every 4 minutes, on average. Stroke is a leading cause of serious, long-term disability in the United States. When you or someone else is having a stroke, every second counts. If you are having any of the stroke warning signs, you want to know that you are going to a facility that can help you as quickly as possible and is using the latest knowledge on the treatment of stroke.

Signs of an Impending “Brain Attack” or “Mini Stroke”:

OakBend Medical Center has been designated as a Primary Stroke Center by the Texas Department of State Health Services and has received the American Heart Association/American Stroke Association’s Get With The Guidelines®-Stroke Gold Plus Quality Achievement Award. Hospitals receiving Get With The Guidelines Gold Plus Achievement Award have reached an aggressive goal of treating heart failure or stroke patients with 85% or higher compliance to core standard levels of care as outlined by the American Heart Association/American Stroke Association for 24 consecutive months. In addition, those hospitals have demonstrated 75% compliance to four out of nine heart failure quality measures or seven out of ten stroke quality measures during the 12-month period. 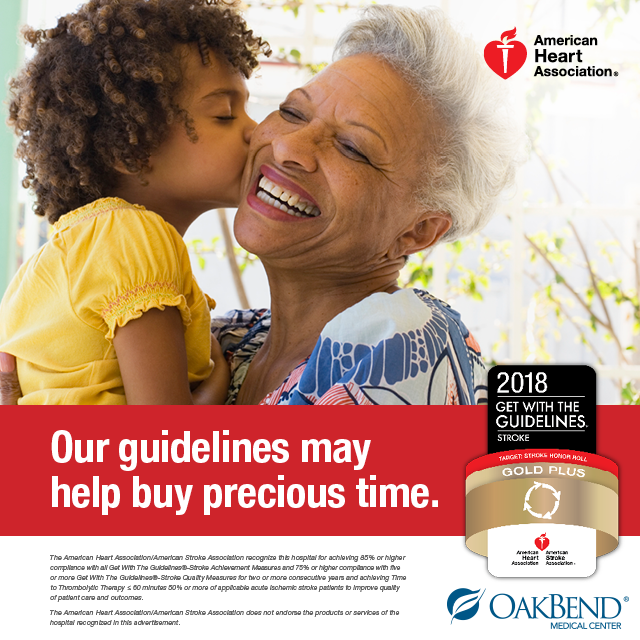 Victoria’s used to feeling tired—as a mom to four boys and a Medical Technologist at OakBend, she’s used to not letting little things slow her down. While working in the microbiology lab one day, Victoria began to feel weak, tired and a little numb. She brushed it off at first, but her coworker Krystle recognized her symptoms as a potential stroke and rushed her down the hallway to the Emergency Department, where she was immediately admitted. Listen to her story about her patient experience.