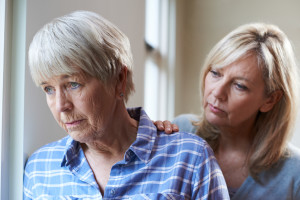 Alzheimer’s or Forgetfulness? How to Tell the Difference

Clinicians, patients, and their families often ask themselves: What are the differences between cognitive deficits that come with normal aging, and those involved with true dementia? On an almost daily basis, I am confronted with patients from all age groups that complain about not remembering things, being less able to juggle ideas and facts in their brains, and more difficulty multitasking than in the past. In most cases, especially with the younger population, I usually reassure them that their symptoms are most likely due to our fast-paced lifestyle, potential stresses in their life, and maybe a result of comorbid anxiety and depression which may affect cognitive abilities.

However, in the older population, assessing cognitive function is essential to diagnosing a potential dementia and providing early treatment which can improve both clinical and functional outcomes. The three main categories which need to be assessed to determine whether the patient has cognitive deficits different from normal aging are brain function syndrome known as mild cognitive impairment (MCI), potentially reversible dementias, and the more progressive and debilitating dementias including Alzheimer’s disease.

Patients with cognitive deficits associated with normal aging may tend to present with mild difficulties in short-term memory, word finding, or more difficulty with multitasking or other executive functions. In this situation, the cognitive deficits are consistent with the age of the patient. For example: a 65 year old who experiences a slight decrease in their daily life and neither they nor their family view themselves as much different from other people their age most likely has slight cognitive decline from normal aging. It can still be very frustrating for the patient because it reminds them of their reduced cognitive ability compared to their younger years. Normal cognitive deficits from aging usually do not progress to true dementia and are a developmental issue for all of us in the normal aging process.

As we progress in severity in terms of cognitive decline there is a brain function syndrome known as mild cognitive impairment, MCI. MCI is also known as incipient dementia. It is a brain function syndrome involving the onset and evolution of cognitive impairment beyond those expected with the age and education of the individual. The main difference between this and normal aging is the deficits are more pronounced compared to a normal person their age. Many times caregivers, families, and patients themselves realize they are not keeping up with same age peers, however it is not significant enough to interfere with daily activities and most are able to compensate. MCI may occur as transitional stage between normal aging and true dementia.

Watching these patients progressively decline over time can be traumatic not only for caregivers and families but also for patients themselves. Fortunately there is much research in this field of neuroscience. Our hope is that new medication with new mechanism of actions may more effectively slow the progress of the disease and even potentially reverse it.

Disclaimer: The contents of this article, including text and images, are for informational purposes only and do not constitute a medical service. Always seek the advice of a physician or other qualified health professional for medical advice, diagnosis, and treatment.