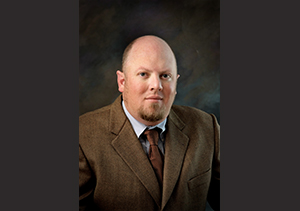 Dr. Speck was born in John Sealy Hospital in Galveston, Texas. His family then moved to Kerrville, Texas where he was raised on a small farm. While a student at Texas A&M University, he coached both the collegiate and local 4-H agriculture judging teams to championships before graduating with a major in Biomedical Sciences and a minor in History.

In 2002, Dr. Speck trained to become a paramedic and earned a degree in Emergency Medical sciences. He then attended medical school at The University of Texas Medical Branch. After he graduated from medical school, he stayed on at UTMB to complete his residency in Orthopedic Surgery. After residency, he joined the UTMB staff specializing in General Adult Orthopedics, and directing the resident simulation lab. He remains actively involved with resident and medical student education and research at UTMB. He has presented research at multiple national meetings including the American Academy of Orthopaedic Surgeons (AAOS) and Eggers.

“I am excited about the opportunity to join the team at OakBend Medical Group and I look forward to providing Fort Bend County with individualized and comprehensive orthopedic care,” stated Speck.