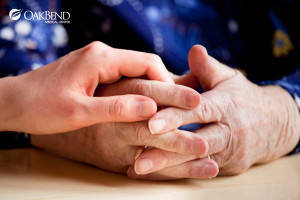 Did you know that September was World Alzheimer’s Month?
According to the World Alzheimer Report 2013, “Today, over 35 million people worldwide currently live with the condition and this number is expected to double by 2030 and more than triple by 2050 to 115 million.”

Dementia, including Alzheimer’s disease, becomes worse over time, causing memory loss, cognitive impairment, difficulty communicating and changes in mood. Similar to the way that Alzheimer’s affects the individual, the disease is now affecting more members of our population- becoming worse over time. Therefore, it is important to be aware of this condition and understand its effects.

Generally, dementia is caused by damage to the brain cells, which interferes with their intercommunication process. However, the patient can still have a good quality of life if they are provided with the proper long-term care plan. Unfortunately, there is no known cure currently for this disease but there are several different drug and non-drug forms of therapy that will control the symptoms and slow down their effects.

As stated by Alzheimer’s Foundation of America, “The U.S. Food and Drug Administration (FDA) approved several medications for the treatment of Alzheimer’s disease. Some of these medications can be used alone or in combination, and may help slow progression of symptoms and improve quality of life.”

In addition, the most common form of non-drug treatment is to provide the patient with the appropriate psychological and emotional support. There are several different programs and networks that will assist patients in coping with this condition and provide them with the support they need. In fact, at OakBend Medical Center, we offer a Senior Behavioral Health Unit, providing a 24-hour care program especially for seniors experiencing mental, emotional, or behavioral problems. Together, we’re able to create an environment that maximizes the independence, maintains the dignity and enhances the quality of life for every patient in our community.

If you are interested in finding more information about this program and other services we provide, please call OakBend Medical Center at (281) 341-4817.