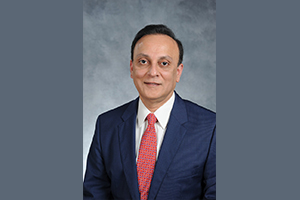 The American Cancer Society released its 2020 report on cancer mortality on January 8, 2020. According to “Cancer Statistics, 2020”, between the years 1991 and 2017, the death rate from cancer in the United States declined by 29%. The largest single-year drop ever recorded was 2.2% from 2016 – 2017. While lung cancer continues to be the leading cause of cancer deaths, the overall cancer death rates have been steadily dropping an average of 1.5% between the years of 2006 and 2017.
According to the American Cancer Society, there are four cancers that account for the greatest number of cancer death:
• Lung cancer death rates declined by 51% from 1990 to 2017 among men and 26% from 2002 to 2017 among women. From 2013 to 2017, the rates of new lung cancer cases dropped by 5% per year in men and 4% per year in women. The differences reflect historical patterns in tobacco use, where women began smoking in large numbers many years later than men and were slower to quit. However, smoking patterns do not appear to explain the higher lung cancer rates being reported in women compared with men born around the 1960s.
• Breast cancer death rates declined 40% from 1989 to 2017 among women.
• Prostate cancer death rates declined 52% from 1993 to 2017 among men.
• Colorectal cancer death rates declined 53% from 1980 to 2017 among men and by 57% from 1969 to 2017 among women.
Dr. Amirali S. Popatia, M.D., F.A.C.P., Medical Oncology Specialist at OakBend Medical Center, attributes the drop in death rates to a number of factors. Unlike the initial treatment of cancer with chemotherapy, doctors now have the ability to diagnose the root cause with the help of molecular biology. Today, patients may receive targeted therapy which works by targeting the cancer’s specific genes, proteins, or the tissue environment that contributes to cancer growth and survival. Immunotherapy, or biologic therapy, boosts the body’s natural defenses to fight cancer by using substances made by the body (or in a laboratory) to improve or restore the immune system function.
“It is not only the decrease in mortality rate that is encouraging, it is the fact that the patients are not only living longer but enjoying a better quality of life,” stated Popatia. “Early screening and supportive care drugs have made improvement in the lives of cancer patients. Fewer side effects produce a better quality of life.”
The American Cancer Society expects a total of 1.8 million new cancer cases in 2020 with estimated cancer deaths over 600,000. Steps can be taken to help made sure you are doing everything you can to help prevent cancer deaths. If you suspect you or someone you love has cancer, see a doctor immediately. Get early screenings, the earlier the diagnosis the better the possibility for a positive outcome.